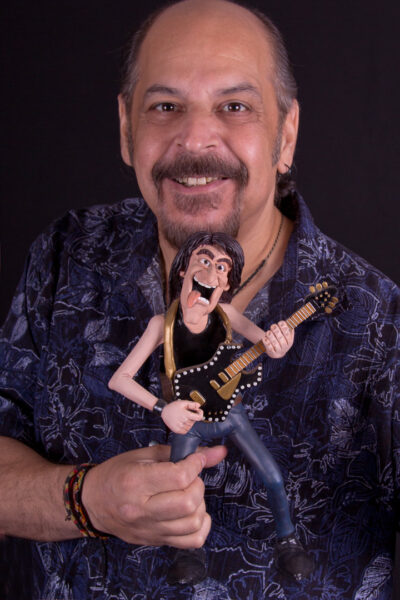 The Clayman’s  cartoon work was first published in MAD Magazine which helped launch a career with a client’s list including the US Army Corps of Engineers, the BC Children’s Hospital Foundation, Pfizer Pharmaceuticals and DDB Advertising Agency to name a few. ( click for full client’s list ) .  Paul works with both local and international industry professionals and production veterans, and can assemble world class teams for projects of any size with reasonable budgets.

Paul’s career in clay stop motion animation began as an apprentice under Lisa Jane Gray and David Bowes from Bowes Productions where he worked on projects including commercials for Pharmasave, Lotus Awards and BCAA and Fuji TV’s Hiroki Pontiki’s Tongue Twister shorts. Years later he partnered with Lisa Jane Gray on several projects for before her untimely passing.

Special thanks to the many talented friends, colleagues and partners I’ve had the privilege of working with over the past 10+ years! I look forward to working with many of you again!

was last modified: August 1st, 2022 by The Clayman
error: This image is protected by international copyright, if you like the image, contact The Clayman to discuss rates. Thank you!